June 4, 2001, tropical storm Allison formed in the Gulf of Mexico. Though never reaching the level of hurricane status, Allison became known to meteorologists as the worst tropical storm in history because of the historic level of urban flooding that hit Houston, Texas. (1)

Allison was one for the record books. First of all, she lasted at least 15 days as a tropical or subtropical system. In addition, she dropped 40 inches of rain onto Texas alone. (2)

Allison eventually turned southward and re-entered the Gulf of Mexico and then headed eastward. She delivered a blow to Louisiana causing tremendous flooding before coming aground in Florida. Allison then turned northward, heading up the east coast, causing flooding and weather related problems all the way to Pennsylvania. Pennsylvania, like Texas and Louisiana, suffered tremendous flooding problems as well. (1, 2)

Allison is the only tropical storm to have her name retired, a procedure usually done only for particularly devastating hurricanes. (2)

At that time George Tenet was director of the CIA under Bill Clinton. When George W. Bush became president in 2000, Tenet continued as director.

In April 2001, Tenet took the recommendations in the Mitchell Report and began to implement them. Tenet proposed a ceasefire and security plan which was to take effect on June 13, 2001. (3) On June 4, Tenet met with Yasser Arafat. (4)

That same day, Allison developed in the Gulf of Mexico. As noted above, Allison slammed Texas, which happened to be the home state of George W. Bush.

Channeling Coronado in his quest for Cibola, Obama is on his own quest -- to make the Israelis bend and break her land into chunks for the Palestinians. In his breast beats a heart empathetic to all things Palestinian, and Obama longs to accomplish what no other president before him has accomplished -- a peace treaty, and one fashioned according to his own will.

Hurricanes, tropical storms, tornado outbreaks, raging wildfires, terrorist threats and attacks, solar flares and “random” shootings and incidences of violence have not been perceived as warnings to not move against Israel; they have not been perceived in their correct setting as frequently occuring in tandem with the peace process. That lack of perception may well be Obama’s, and yes, America’s undoing.

The tornado outbreaks this year have been fierce and deadly. Unnerving as this is, it is no indication that our hurricane season will be just as fierce and deadly. But with the Weather Channel reminding viewers today of the worst tropical storm to ever hit the U.S. ten years ago, and seeing the same day parallel to the peace process between Israel and the Palestinians, Allison serves as a reminder that disasters occur when the U.S. government messes with the plan and promises G-d has made towards Israel which will bring the future reign and rule of Jesus Christ. Israel is the apple of G-d’s eye.

And it appears that Obama is not through sticking his finger in G-d’s eye.

For more on the correlations between disasters and Israel, I recommend William Koenig’s book, EYE TO EYE:  FACING THE CONSEQUENCES OF DIVIDING ISRAEL, and John McTernan’s book AS AMERICA HAS DONE TO ISRAEL. 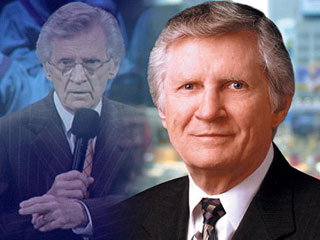 It is with profound grief and deep sadness that the pastor that our family has respected the most my entire adult life has been killed in a car accident in east Texas tonight.  My husband and I as well as our son, Daniel at Prayers for the People and his wife, extend our deepest sympathies to the surviving members of Pastor Wilkerson's family.  Our prayers are for his wife Gwen's healing, as she was also in the head-on collision, and to his family and to Pastor Conlon, who was co-pastor with Pastor Wilkerson for many years.  Pastor Wilkerson was a tremendous blessing to this family, and his sermons ministered to us on many occasions.  He will be deeply missed.
Posted by GardenGirl at 4/27/2011 10:38:00 PM