I am doing something rare -- I will be posting throughout the day.

I believe God has a plan.

I believe that President Donald J. Trump has a plan.

I actually believe that the two may have the same plan.

Therefore, I am going to trust the plan.

Some avenging angels wear a suit and tie and swear to uphold the oath of their office.

And they mean it.

I plan to be here in the morning.

So why have I been doing this today, posting every hour?

When you get a chance, go measure the distance between the tire and wheel well and the passenger door on your car.

When we were hit Friday night, she hit my vehicle full on on the wheel well. She broke the drive train. She cracked the engine, fluids were leaking everywhere. She had her lights off. She never hit the brakes.

I was sitting in the passenger seat. I’m not made of cast iron. I’m not made of steel. If we had been just a short distance further in our lane, she would have hit me full force. Two thin pieces of fiberglass on a lightweight door frame is all I would have had between me and her. Instead of posts today, you would have gotten a notice from a family member this morning at the blog.

Yes, I believe it was that close.

But I walked away. Shaken and bruised, but walking. I do thank God for that.

All weekend long we’ve seen one Conservative after another deplatformed and removed. I am low key, so I still have my blog.

Coming near to death has me asking if America is going to die or are we just going to have a close call?

Why are we at this point?

Whose actions brought us to the brink?

What has happened in the past that has brought us to this point in the present?

Who is desperate enough to kill many so that a few can be saved?

Do you see the links between the posts?

One more post is coming. See you in an hour.


Cash. Pieces of silver (Judas) and pieces of paper (Clinton) that have damned many a soul.

So what then could Clinton Cash buy?

What could it really buy?

Guess we can see one of the "secrets" for which "they" want him silenced. Dead would be even better.

BTW, WHO wore it better? Her or Him?

Of all the IT people in all the IT firms in all the world, House Democrats thought Imran Awan was best man for the job. Sometimes working from his native Pakistan, Awan and his family team accessed the computers of some 40 Democrats, including those on the intelligence and foreign affairs committees. Without their consent Awan and his team stashed the Democrats’ data on a server controlled by Xavier Becerra, chair of the House Democratic Caucus.
--Democrats Pay Off Intrusive IT Man Imran Awan

What's that name in there?? Xavier Bacerra?? And he controlled what?? What will he control??

Oh, dear. WHO do they kill now?

THAT wasn't part of the planned chaos, now was it?

FLASHBACK, OCT 2020: The Trump Administration Is Committed to Combating Human Trafficking and Protecting The Innocent 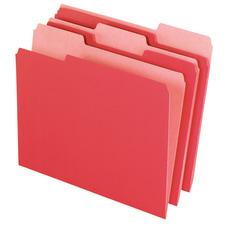 "(The Boy Scouts) has maintained “red files” (or “perversion files” or “ineligible volunteer files”) since about 1919, noting the names and cases of men who had preyed on children, the complaint claims . . . " --Pedophile Magnet’ Boy Scouts of America Let ‘Serial’ Sex Abuser Prey on Four Boys: Lawsuit, The Daily Beast, Olivia Messer, July 24, 2018.

Probably not just the Boy Scouts that have "red files."

And you are far from being the only one.

BIG reason to hate President Trump, don't you think? Really BIG reason to get him out of there as fast as possible. Make sure HE CAN'T SAY A WORD.

"Every lie will be exposed," said some "crazy" lawyer.

FLASHBACK, JANUARY 14, 2017: Obama the Modern Day Haman: Will He Hang from the Gallows He Built for Israel? 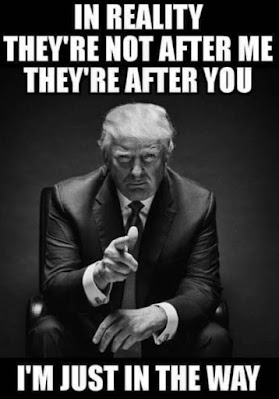 9:30 a.m.: A LAWFUL DENIAL OF SERVICE: Are 80 Million Americans Truly Powerless Against Our New Twitter God?

IS THAT SECRETARY OF STATE MIKE POMPEO IN ITALY MAKING ARRESTS? --Richardson Post

I'm starting with this.