BETRAYAL, ON SO MANY LEVELS

First, no Internet service last Friday or I would have posted.

Second, Daniel at Prayers for the People is now on Twitter. Link is in the sidebar.

The world woke up this morning to footage coming out of Israel of Ariel Sharon being laid to rest.

Since December 31, when it was announced that the former prime minister, who had been in a vegetative coma for the past eight years, was suddenly worsening in his condition with multiple organs beginning to fail, countless news outlets have carried pieces about the contributions that this revered military general made to Israel. Without fail, all the articles I read put pretty much near the top of their report Sharon's role in the Gaza pullout.

It's as though the world stopped for a moment and hit the rewind button on the now vintage cassette recorder and we visited once more the events of August 2005. Sharon was hailed as a "brave" leader for his removal of Israeli citizens from their homes as part of the "greater good" of peace.

Frequent rocket fire over the past several years since the Gaza pullout has demonstrated just how little the "other side" really wants peace. Ironically, Ariel Sharon was laid to rest near the Gaza border, and rockets were fired from the area just ahead of his funeral. Nevertheless, the U.S. has continued to push Israel to give up more because, well, more is better.

Sharon's death has come on the heels of the latest visit by John Kerry to the region to put on the table a "framework" that, admittedly, neither side will particularly like. As Kerry was preparing to address the press about the framework he prefaced his remarks with an expression of encouragement for then-stricken Ariel Sharon. Kerry's plane had hardly left the runway when Sharon passed away.

His remarks are the second time that Kerry has had to address a "stroke" situation this year. This past July, Kerry's wife was rushed to a Nantucket hospital in critical condition because she suffered some type of stroke or seizure. Her sudden illness interrupted his peace efforts at that time, causing a delay of about two weeks. It was several weeks before we heard updated news that his wife was improving but undergoing physical therapy.

From the Daily Mail Online:

Ariel Sharon, the Butcher of Beirut turned peacemaker, dies at the age of 85

Cindy by the Sea offers her thoughts on the passing of Ariel Sharon.

Ariel Sharon and the scroll of Revelation 5

Algemeiner offers one of the better articles about the peace process.

There were FOUR other big news stories over the weekend, sometimes in the same segment with Ariel Sharon.

Mark the date on the calendar -- Apparently Iran will need to comply with the terms outlined by the P5+1 in their November Geneva meeting by January 20. If Iran complies, the U.S. is prepared to lift several billion dollars in sanctions.

I have noted on this blog in the past that whenever the U.S. comes up against Israel by engaging with Iran in the context of its nuclear program and lessening restrictions on it, President Obama's birth certificate is in the news in some way. For some reason, Daily Mail Online ran an article on January 8, of the last moments of the plane crash in Hawaii that killed the health official who released Obama's birth certificate.

Second: Iran and the Palestinians and Israel's security with news of a major "security breach" for American consumers.

As news of President Obama's willingness to lift sanctions against Iran was announced, and on the heels of the latest peace process push that involves the Israelis giving up their vital strategic stronghold for security, the Jordan Valley, all "in the name of peace," of course, we learned that it wasn't just 40 million customers who shop at Target stores here in the U.S. who were hacked, it was 110 million, AND it wasn't just Target, it was also Neiman Marcus. Note the titles of numerous articles in the link to the search I did below. Many of them have in their headlines: SECURITY BREACH.

How interesting that in the SAME WEEKEND as Iran and the peace process and Ariel Sharon's death and talk of the Gaza pullout, major headlines here in the U.S. are literally screaming: SECURITY BREACH!

Will Israel Risk Giving Up Control Of The Jordan Valley?

As the U.S. seeks to improve the finances of Israel's sworn enemy by lifting sanctions, millions of American consumers ironically find their finances compromised as their information has been stolen to be sold to underground markets. Passwords had to be changed. Banks had to be notified so additional resources could be allocated to monitor accounts. One major lender limited access of funds to legitimate consumers in an effort to limit exposure to fraud. Lawsuits have been filed. It's become a mess.

And it's not over.

Third: As the U.S. seeks to improve Iran's economy, more bad news came out about our own.

This news may be why President Obama pressed for an "emergency" extension of unemployment benefits last week, and his announcement this week that he will now focus on Five Promise Zones here in America. These "zones" are five areas that he is promising to focus on for improving economic opportunities.

"Promise Zones" for the U.S.

Immediately, his "Promise Zones" were held up to questioning, ridicule and mocking.

Ted Cruz: All of America Needs to be a Real "Promise Zone"...

All this has ZeroHedge sounding like one of the Hardy Boys and The Case of the Missing Recovery.

Staying with ZeroHedge and speaking of "zones," ZeroHedge noted two "zones" over the weekend.

1. Al Qaeda Now Controls More Territory In The Arab World Than Ever Before

2. The United States of Shame - what is your state worst at?

As many believe that the "framework" that Obama and Kerry are pushing on to the Israelis will lead to the Israelis being betrayed, numerous people claim that Robert Gates' book about his time of service during the Obama administration is a "betrayal."

How interesting that Gates, a former Secretary of Defense, is accused of betraying the Obama administration the same weekend that Ariel Sharon dies. Sharon was also a former Minister of Defense and also accused of betrayal, that of the Israelis in Gaza.

Gates is accused of not only betraying President Obama, but also Hillary Clinton. I listened this past weekend to Chuck Missler's excellent 2-CD set on Israel and the history of the Palestinians and how Israel has been repeatedly betrayed by her "allies." He states in his lecture that President Bill Clinton betrayed Israel on more than one occasion where the Palestinians are concerned, so it is interesting that Hillary, who clearly has aspirations of running for the presidency herself and purportedly will do so on the record of her husband, has now found herself receiving what her husband did to Israel.

The Betrayal of the Chosen, Chuck Missler 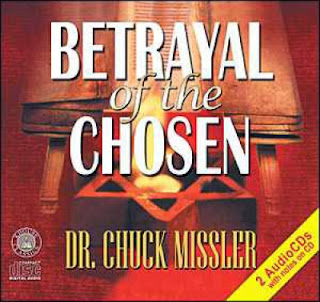 And final interesting news this weekend:

Comet ISON and East Coast Tsunami: Suspicious Observers notes a fireball was reported over eight northeastern states last night. Could it possibly be a remnant of ISON? Several months ago, SO stated that January 14, 15, and 16, are the dates in which we are to pass near (not through) ISON's debris field. This fireball, though 24 hours early, might or might not be related to ISON. In addition SO notes the importance of several moderate quakes down by Dominican Republic. While El Hierro in the Canary Islands has long been the mountain to watch for a possible East Coast tsunami, SO believes the North Puerto Rico trench by Dominican Republic "is the single greatest tsunami threat to the East Coast and potentially any U.S. coast line, except Alaska."

A BIBLE PROMISE: Behold, he that keepeth Israel shall neither slumber nor sleep. --Psalm 121:4

FUKUSHIMA: Radiation to be at U.S. coast early this year — Expert concerned about effects on food chain from unprecedented amount of migrating radioactivity — They tried to stop leaks, it’s just not working — Tepco: We don’t know what’s gone into ocean

FUKUSHIMA: Fukushima plant “an undefused bomb for decades to come” — Japan Journalist: They only have the vaguest idea of what happened to 100s of tons of molten fuel — An ongoing crisis on edge of disaster

ISRAEL: Fate of Ark of the Covenant Revealed in Hebrew Text

LGBT: Gonorrhea and syphilis are on the rise in the U.S., mostly in men who have sex with men

OBAMA'S AFGHAN SURGE: 74% of the U.S. military personnel who have given their lives serving in the Afghan War died after Feb. 17, 2009, when President Barack Obama announced his first increase in the number of U.S. troops deployed in Afghanistan

OBAMACARE: Dad ‘Furious’ After He Switches to Obamacare Only to Find It Didn’t Cover His Children

OBAMACARE: Health Insurers: No Payments from Thousands of Obamacare 'Enrollees'

OBAMACARE: Little Sisters of the Poor a 'Threat to Obamacare'

OBAMACARE: ACA may not cover your pre-existing condition after all

WINTER STORMS: Another polar vortex is on its way